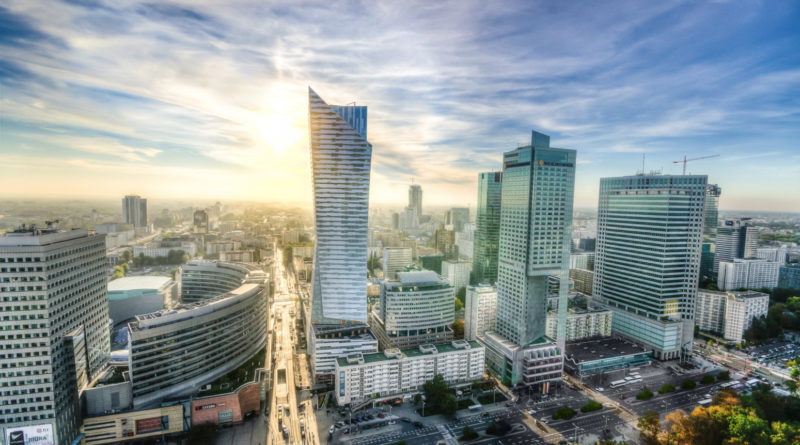 In the first half of the year, the demand for Warsaw offices was five times larger than the new supply.

Warsaw office market, for another year in a row, sees exceptionally good results when it comes to demand for space. In the first half of the year, over 400 thousand sq m. of offices have been leased by tenants. It’s slightly less than last year, when the market absorption in the first six months of the year reached the level of 440 thousand sq m. and it was the largest in history. According to Walter Herz analysts, the results suggest that also this year the volume of transactions in the office segment will reach a record high.

– Office market in Warsaw is experiencing its best time. Companies’ interest in leasing large space, translated into very good results in the first half of the year. Offices located in the city center and its vicinity, where the most space has been leased in recent months, are particularly popular. Interestingly, access to vacant offices in the capital city center is the smallest in Warsaw. In the city center, the vacancy rate exceeds only 5 per cent. – says Bartłomiej Zagrodnik, Managing Partner at Walter Herz. – At the same time, this is the area that is developing the most today. It offers a large selection of top-class space in buildings remaining under construction. However, high absorption on the market means that half of the offices have already been leased in investments which are to be delivered at the end of next year – informs Bartłomiej Zagrodnik.

As much as a quarter of the office space contracted in Warsaw in the first half of this year is located in facilities that are under construction. Historic record-breaking contract for 45.6 thousand sq m. of space that has recently been concluded on the capital market also applies to offices located in Mennica Legacy Tower complex, the commissioning of which is planned this autumn.

In the first half of 2019, the resources of Warsaw office market increased by only 80 thousand  sq m. of space. This is not much, especially if we take into account the current demand for offices in Warsaw. The offer included, among others, Spark B building (almost 16 thou. sq m.), Moje Miejsce B1 (almost 19 thou. sq m.), Vector + (less than 14 thou. sq m.) and The Park 6 (over 11 thou. sq m.).

According to Walter Herz analysts, there are around 840 thousand sq m. of offices under construction in over forty projects in Warsaw. The majority of this space will enter the Warsaw market in 2021. It currently offers 5.65 million sq m. offices.

Developers activity focuses primarily around the area of Daszyńskiego roundabout and the vicinity of the Central Railway Station, where the largest projects in the city are located. Among the office buildings under construction, often spectacular facilities that will affect the new image of Warsaw center, experts mention Varso, SkySawa, Warsaw Unit, Warsaw Hub, Skyliner, Generation Park, and Mennica Legacy Tower.

There is less and less office space available in Warsaw. The vacancy rate is constantly decreasing. It is currently the lowest in seven years. On average, it exceeds slightly 8 per cent. The largest deficit of vacancies is in the city center, where there are virtually no large space ready to let. The largest number of offices waiting for tenants is located in the office area in Mokotów, where the vacancy is over 18 per cent.

In addition to its headquarters in Warsaw, the company has branches in Cracow and Gdansk. The company has established the first Tenant Academy in the country, offering free of charge stationary trainings in Warsaw and other cities for office space tenants across Poland. In order to ensure the highest ethical level of services provided, the agency introduced the Code of Good Practice. Walter Herz company is affiliated with organizations and associations supporting the development of BPO/SSC sector in Poland.