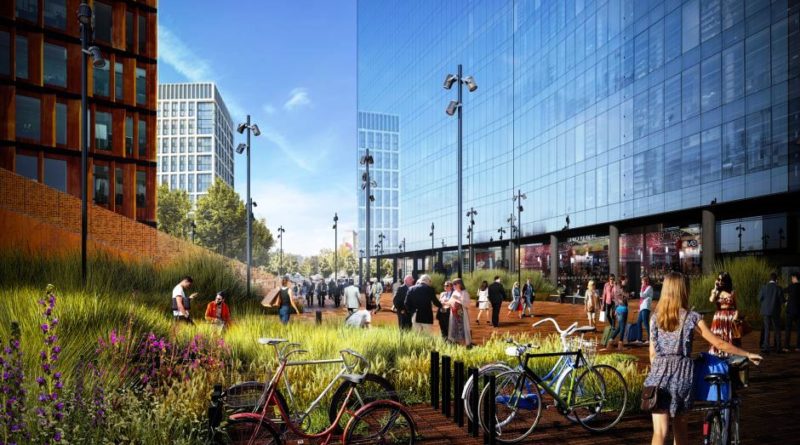 Łódź has a chance to increase its office resources by almost one fifth this year. Projects such as Fuzja, Nowe Centrum Łodzi, HI Piotrkowska and Monopolis will help conquer the city’s position on the business map of Poland

Łódź is the seventh office market in the country. Today, the city enjoys large city-forming development and mixded-use projects in which the historical buildings of old factories are revitalized. Hence, Łódź offers many interesting loft spaces.

Thanks to the significant acceleration of the development of the office segment in recent years, the city has been constantly strengthening its position among the largest business centers in Poland. – The demand for modern space in Łódź is growing, which is why despite the faster increase in supply, the vacancy rate in this region remains at a very low level of 8.6 per cent. Similarly to other major regional cities, most of the demand for offices is reported here by companies from the business services sector, with 23.2 thousand employees in 85 BPO, SSC/GBS, IT, R&D centers. The annual employment growth rate in this sector in Łódź reaches 14 per cent – informs Mateusz Strzelecki, Partner/Head of Regional Markets at Walter Herz.

Unique revitalizations on a global scale

– The growth dynamics of the office market in the region is also positively influenced by the development of the residential and warehouse sector, as well as the expansion of road infrastructure. Łódź market also benefits from the accessibility of attractively located investment plots and an extensive urban revitalization plan. Łódź has such unique projects as OFF Piotrkowska Center in the buildings of the nineteenth century old Ramisch factory, Monopolis in the former Monopol Wódczany, as well as Fusion in the Scheibler factory. Large urban-forming projects, such Nowe Centrum Łódzi, are also under construction in the agglomeration. A crucial factor in the development of the office segment in the city is also the wide access to qualified employees and lower rental rates compared to other regions, ranging from 11.5 – 13.5 € / sq m / month – adds Mateusz Strzelecki.

Reconstruction of whole quarters of the city

Moreover, in the heart of the city, between Piotrkowska, Tymienieckiego, Kilińskiego and Milionowa Streets, on the site of the former Karol Scheibler’s factory, Echo Investment has recently started the construction of a mixed-use project Fusion. On almost eight hectares there will be 20 buildings with various functions, 14 of which are adapted historical facilities. The heart of the quarter, which will gain new life will be the historic building of the former combined heat and power plant. There will also be city squares, common spaces and green areas.

P22 investment along al.Piłsudskiego Street by Ghelamco and HB Reavis project in Nowe Centrum Łódzi are also waiting for the beginning of construction. In addition, JJ Invest plans to build Centrum Biurowe Fabryczna at the corner of Kilińskiego and Narutowicza Streets.

Office hubs in Łódź are developing mainly in two locations. The first is situated at the Central Axis of Łódź, mainly in the area of ​​the so-called intersections of marshals, where Monopolis and Imagine are under construction, and such office buildings as Symetris Business Park, Forum 76, Łódź 1, Łódzkie Centrum Biznesu are located. The second office area is expanding near Łódź Fabryczna station, where Nowe Centrum Łódzi is under construction. It includes, among others, Brama Miasta and Nowa Fabryczna office building, as well as Przystanek mBank.